ROTOR Race Team Rider Nigel Herrod takes VICTORY AT BATTLE ON THE BEACH 2021 - I arrived at the race looking forward to seeing the Rotor Team guys and Gals. It was great to catch up again. I had to decide which bike to use my MTB or Gravel Bike. I new most of my closest competition where using their MTB's but I felt I would be quicker on my Gravel Bike. The first part of the race along the beach favoured the Gravel Bike the latter part MTB's So I rolled the dice and went with the gravel. The race set off along the beach into a 25mph cross head wind which played havoc until echelons started to form, this was a first for me and absolutely mind blowing. I was quite happy because I had passed a couple of my key rivals before I settled with a group of 10 rotating through the echelon and making great progress. Once off the beach the racing became a bit more individual with fast gravel sections forest single track and dunes. This was the pattern for the three laps. I was always expecting that the MTB riders would catch me in the forest but I held on for the win in the Super Vet category. I was pleased to have held onto my top form, from the Gravel Championships two weeks ago and was absolutely delighted to pick up another win for the Rotor Race Team. Thanks guys for the great support.

Ben Thomas loses his Gravel virginity - Several years ago I'd mock my friend George who'd ride his gravel bike on our mountain bike rides but here I am having just completed my first gravel event, the Dirty Reiver This is the UK's and arguably one of Europe's biggest and toughest gravel events, taking place over 200 kilometres, it’s a hard introduction to this side of the sport. Read more 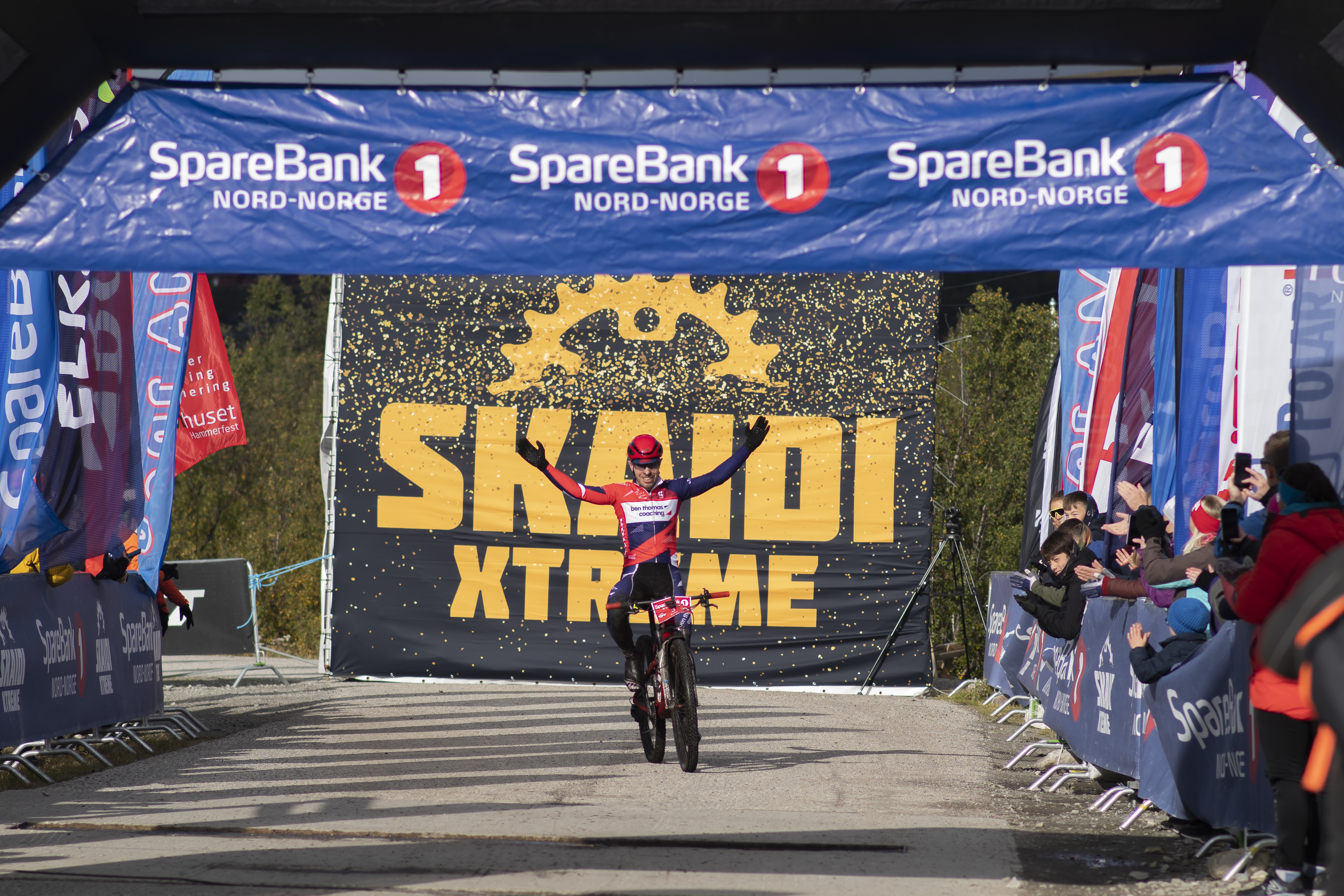 Ben Thomas conquers all at Skaidi Xtreme - Skaidi Xtreme isn't just a bike race, it's an experience, an adventure. This would be my third time visiting Finnmark Norway for this spectacular event. Hammerfest has almost become a little home away from home. Since first visiting in September 2018 the Norwegian community has been incredibly welcoming. Read more

An epic five days of racing for ROTOR Bike Components at the 2021 Giro D Italia, whether it was gravel on the Tuscan roads, apocalyptic rain or incredible individual efforts over the highest mountains there was one thing in common.  ROTOR was ridden to victory 4 times in 5 days proving that ROTOR is the world’s NO1 component supplier to the UCI WORLD TOUR. 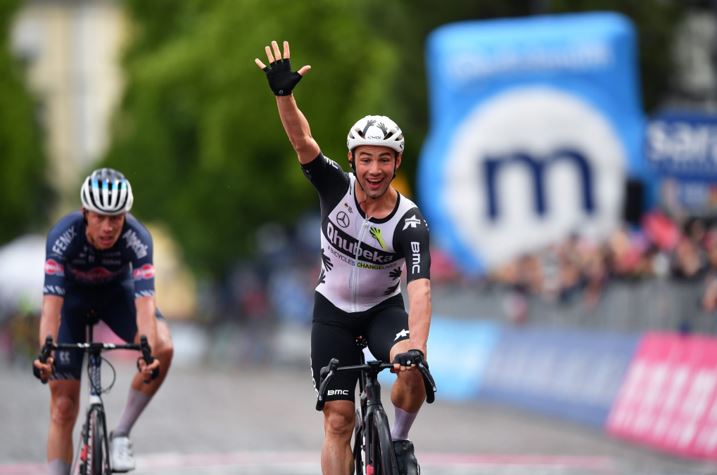 UBUNTU INSPIRES VICTOR CAMPENAERTS TO SENSATIONAL GIRO D’ITALIA STAGE 15 VICTORY - Victor Campenaerts raced to an incredible 3rd stage win at this year’s Giro d’Italia for Team Qhubeka ASSOS, at stage 15 ending in Gorizia. This victory followed his teammates, Mauro Schmid and Giacomo Nizzolo, triumphs on stages 11 and 13 respectively.  The victory was incredibly hard fought but the tenacity of Campenaerts and his ability to suffer made him the victor over 147km stage. 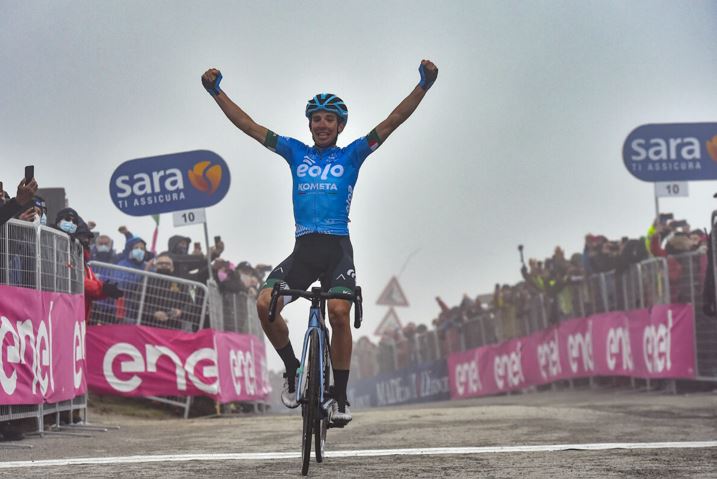 FORTUNTAO CONQUERS THE ZONCOLAN - Stage 14 and the young Lorenzo Fortunato claims victory over the epic MT. Zoncolan, his ROTOR ALDHU CARBON cranks gave him an advantage over his competitors. 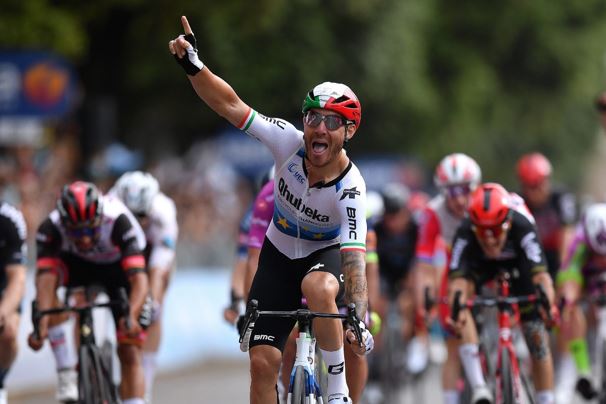 GIACOMO NIZZOLO SPRINTS TO MAIDEN GRAND TOUR STAGE WIN - Giacomo Nizzolo sprinted to an incredible first-ever grand tour stage victory, on stage 13 of the Giro d’Italia. The Team Qhubeka ASSOS sprinter broke his duck of 19 grand tour stage podiums without a win, by taking the top step in Verona.  The flat 198km route ended in a mass sprint, luckily Nizzolo was the fastest atop his ROTOR powered machine. 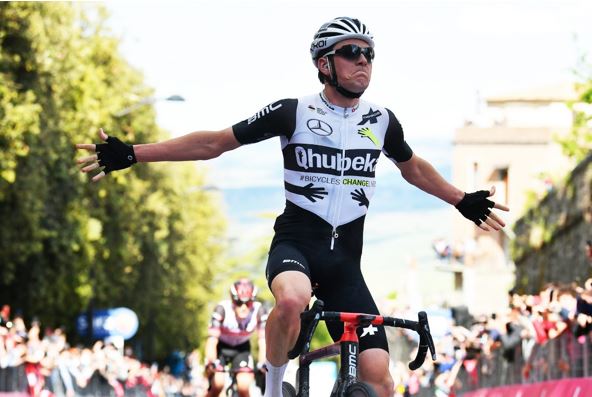 FOUR GOLDEN STAGES - Mauro Schmid stormed to victory on stage 11 of the Giro d’Italia, claiming the first professional win of his career and Team Qhubeka ASSOS first win at this year’s Giro d’Italia. Mauro riding ROTOR components was a late draft into the team, he got into the early break on the 162km gravel stage through the Tuscan countryside. Schmid managed to stay away before winning from a two man sprint. 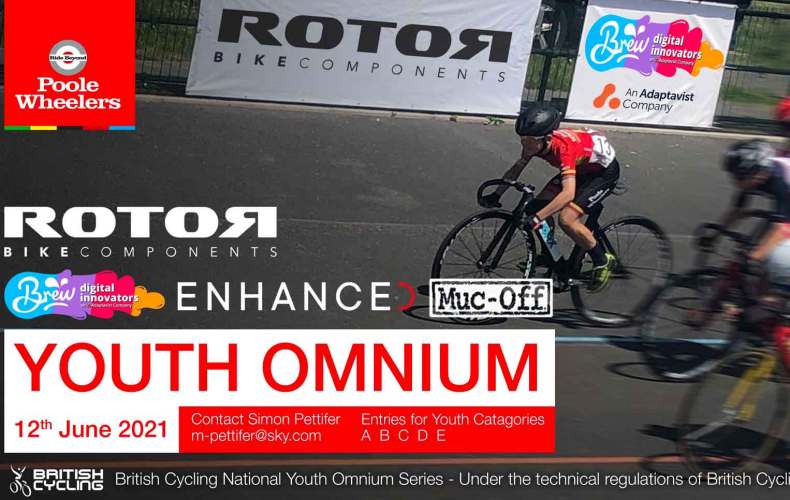 Thank you, Carlos - Carlos Coloma, one of the most important XC riders on the international scene, announced his retirement last week. Carlos has been working with ROTOR for much of his professional career. Our first collaborations began with him in 2007, when he rode in the Spiuk-Tau Cerámicas team. A year later he would already start using our Q RINGS® oval chainrings, which have been part of all his sporting victories and have accompanied him until the end of his sporting career. Carlos will continue to work for the MTB, training the new generations of Spanish riders and, of course, being a great ambassador for ROTOR. We just want to say a big THANK YOU, Carlos! Read more 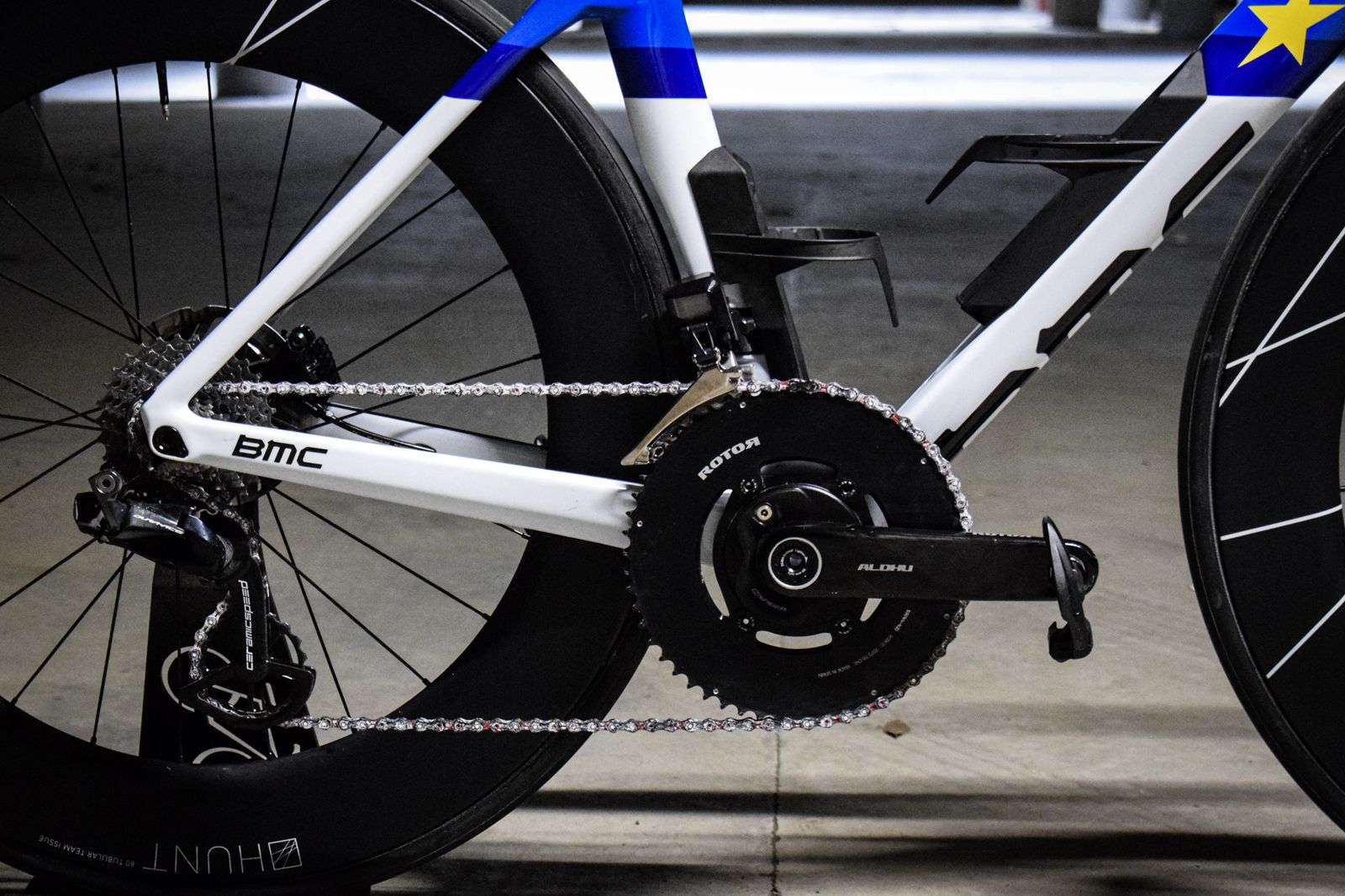 ROTOR in the Mediterranean Epic 2021 - ROTOR will be again a proud sponsor of the UCI Mediterranean Epic. The best Marathon bikers of the planet will be in Spain from 25th 'til 28th March, like the World Champions Leonardo Páez and Ramona Forchini. Discover the first stage by ROTOR, an incredibly hard time trial climbing the mountains of the Castellón province, in the Spanish Mediterranean coast.

Behind the scenes with Team QHUBEKA Assos - What a great job of the Team QHUBEKA Assos in Strade Bianche 2021. And our ALDHU® Carbon with INspider cranksets were part of the game... When we work together we can achieve incredible results. Thank you team! 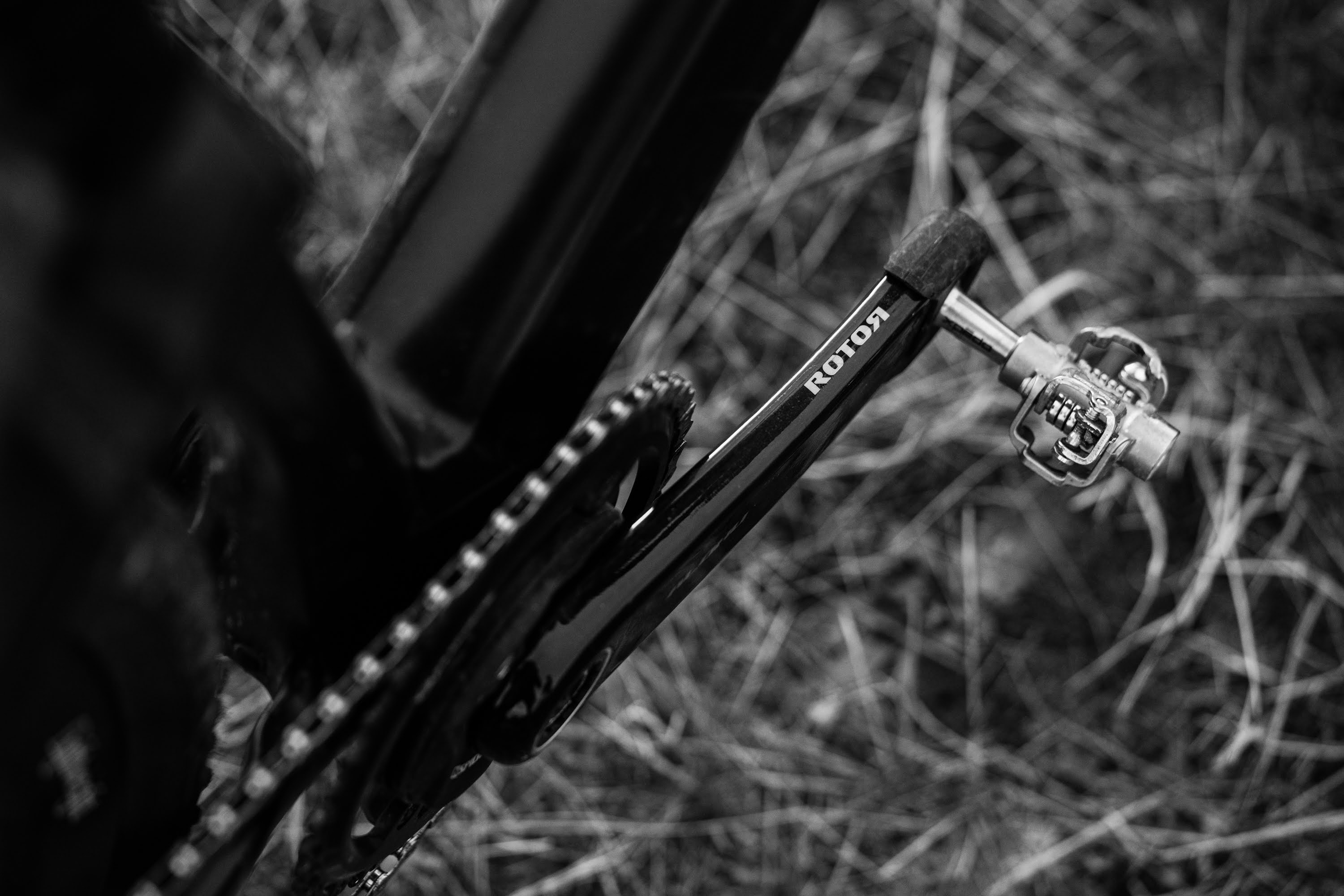 Bike Radar - What is the best crank length for cycling? Read more 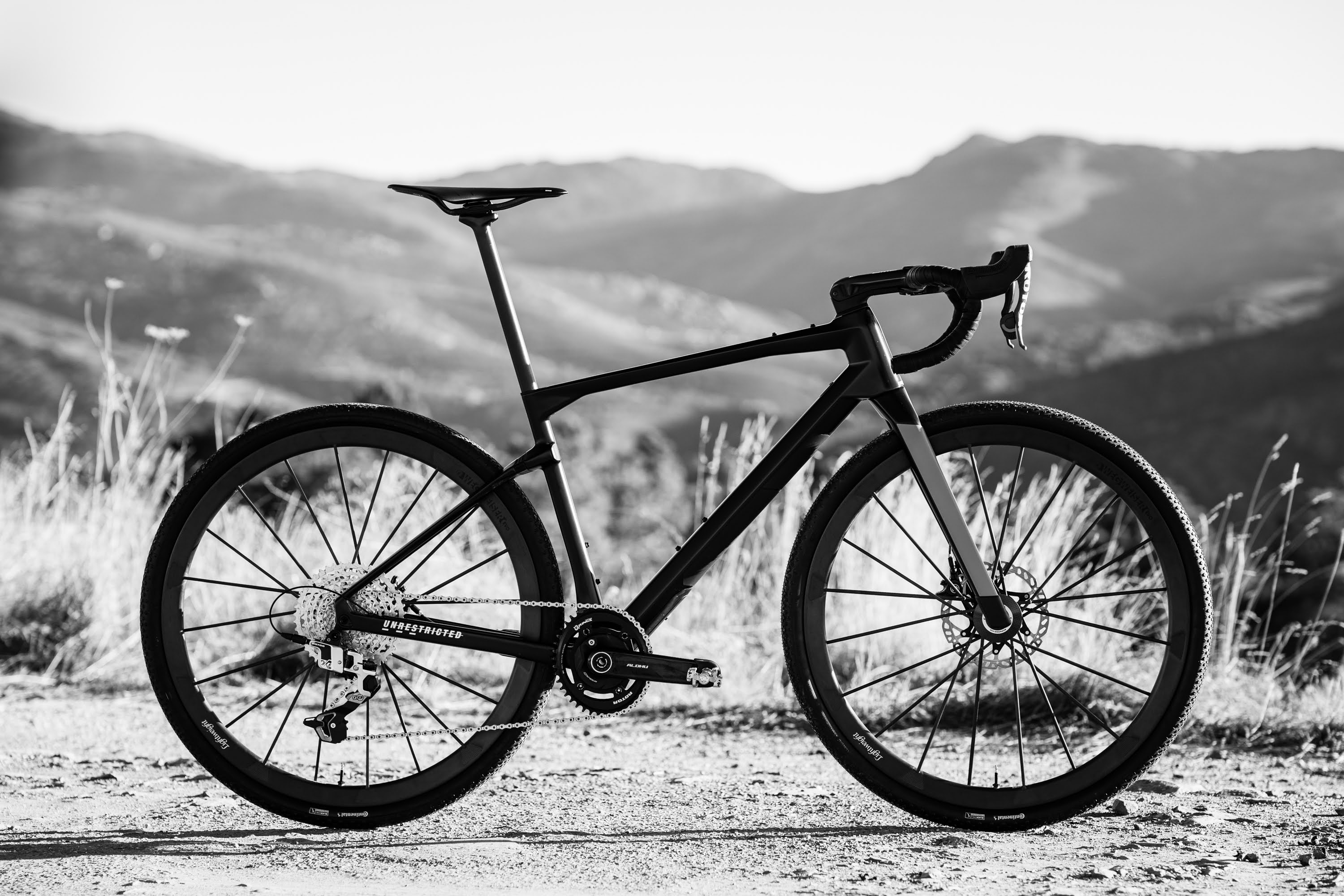 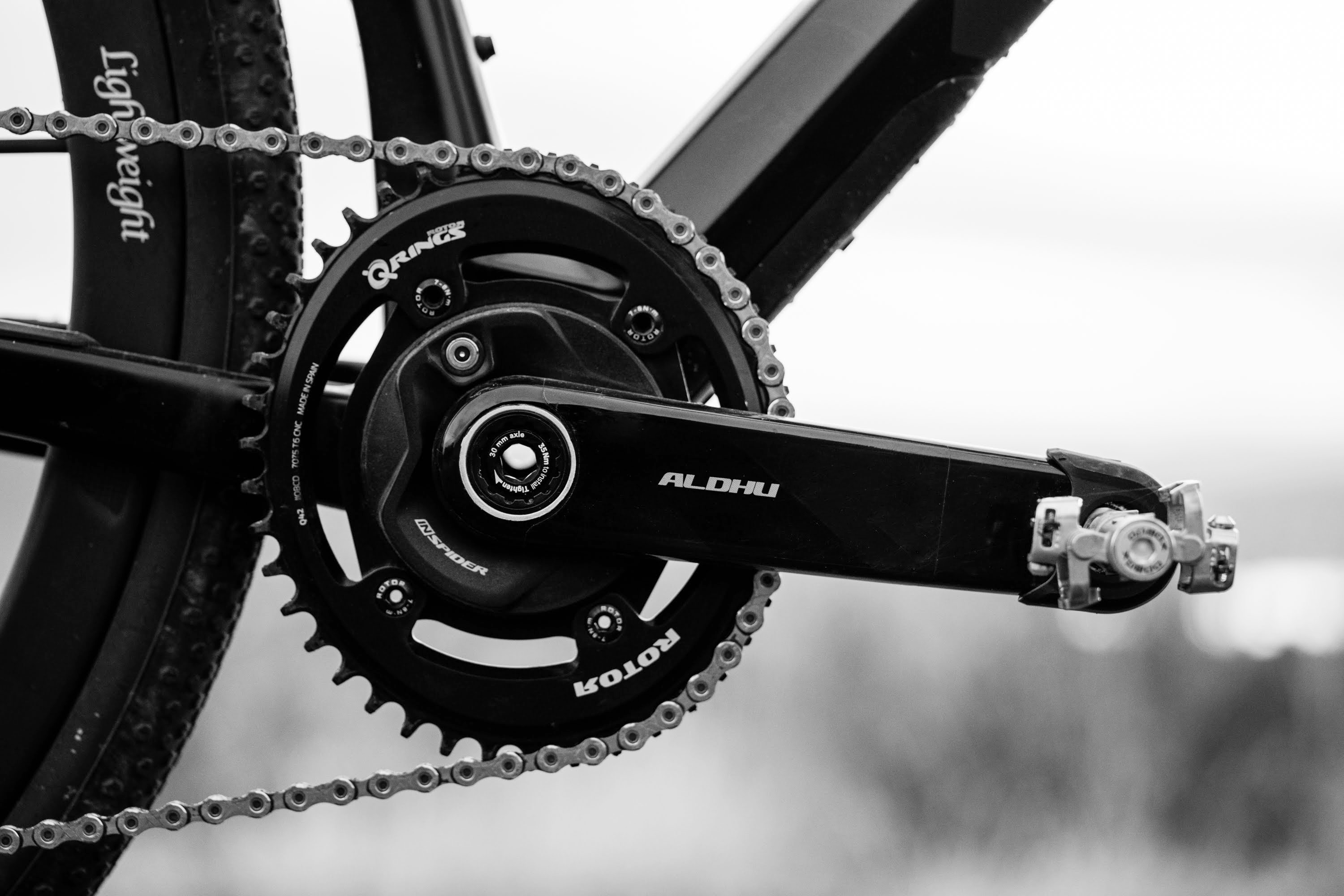 GCN - A few months ago, we pitted a beginner cyclist, an amateur cyclist, and a pro cyclist against one another up a local climb to see how much faster the pro would be. Hill climbing legend, Andrew Feather, absolutely smoked Ollie & Freddie - which came as a surprise to...nobody. We decided a rematch was in order; with a bit of a twist. We gave Ollie and Andrew weighted backpacks so all three riders weighed the same to see what difference it made!

Qhubeka is a South African non-profit organization founded in 2005 by Anthony Fitzhenry, who has donated more than 100.000 bicycles in different charitable programs in South Africa. It's the relationship between ROTOR and the Qhubeka team, which currently bears the name of Team Qhubeka Assos, began in 2015 with the Pro Team MTN-Qhubeka team and since then, together we have achieved, 7 victories in stages of the Tour de France, 3 in the Vuelta a España and 2 in the Giro d’Italia, among others, a total of 22 victories in major cycling events. Read more 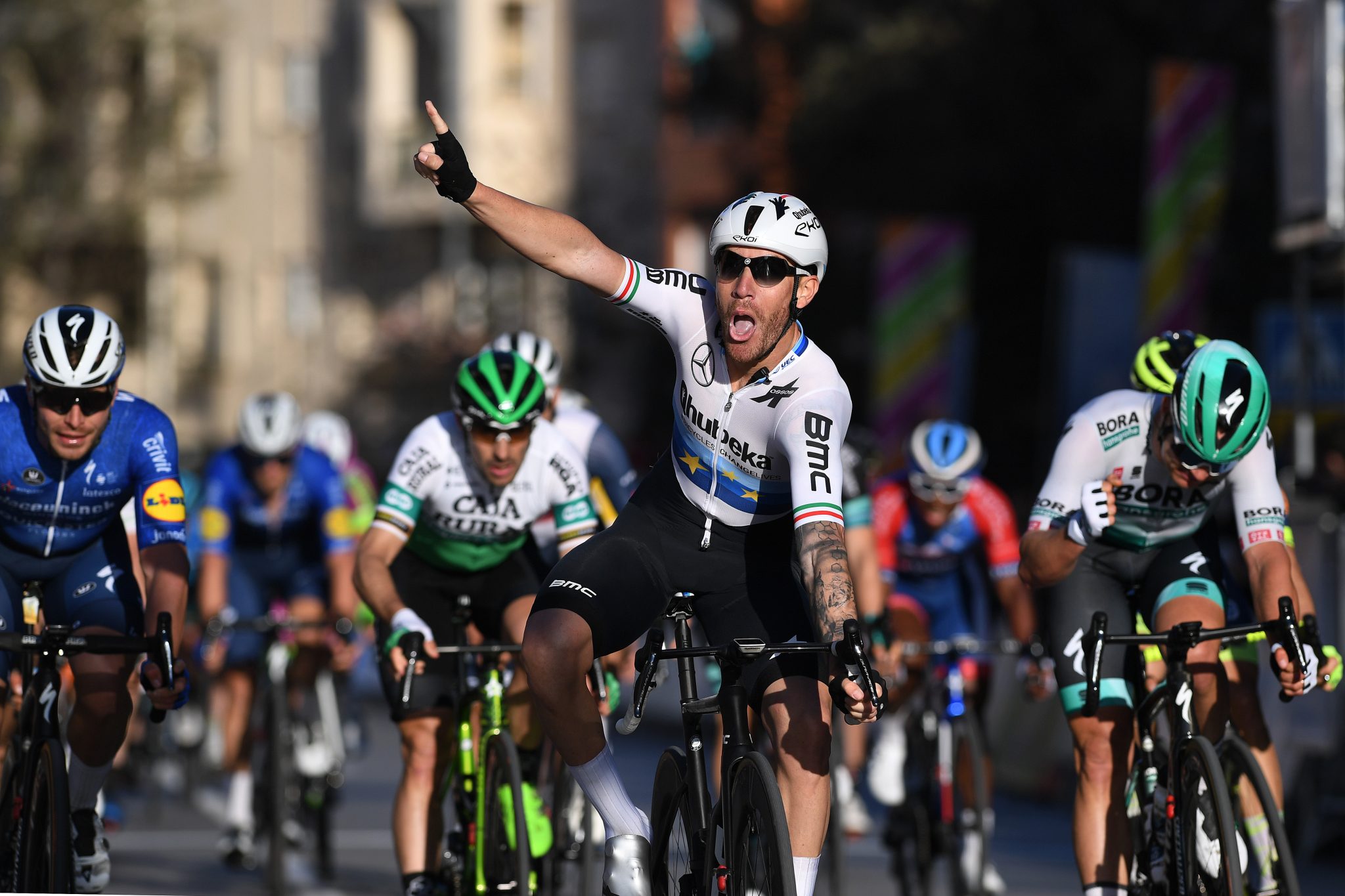 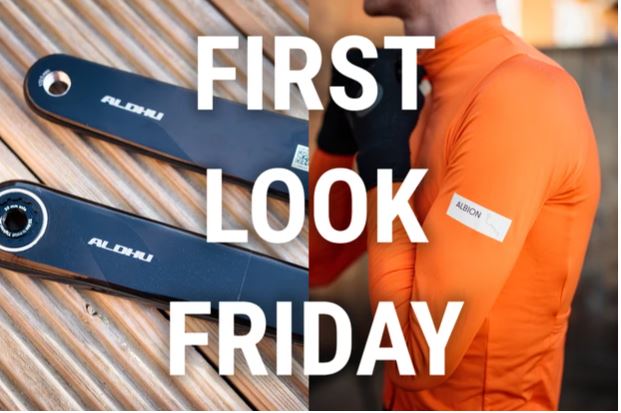 BikeRadar - Though Rotor is best known for its use of machined aluminium, the ALDHU® Carbon crank is the Spanish company’s first foray into carbon road cranks. Read more 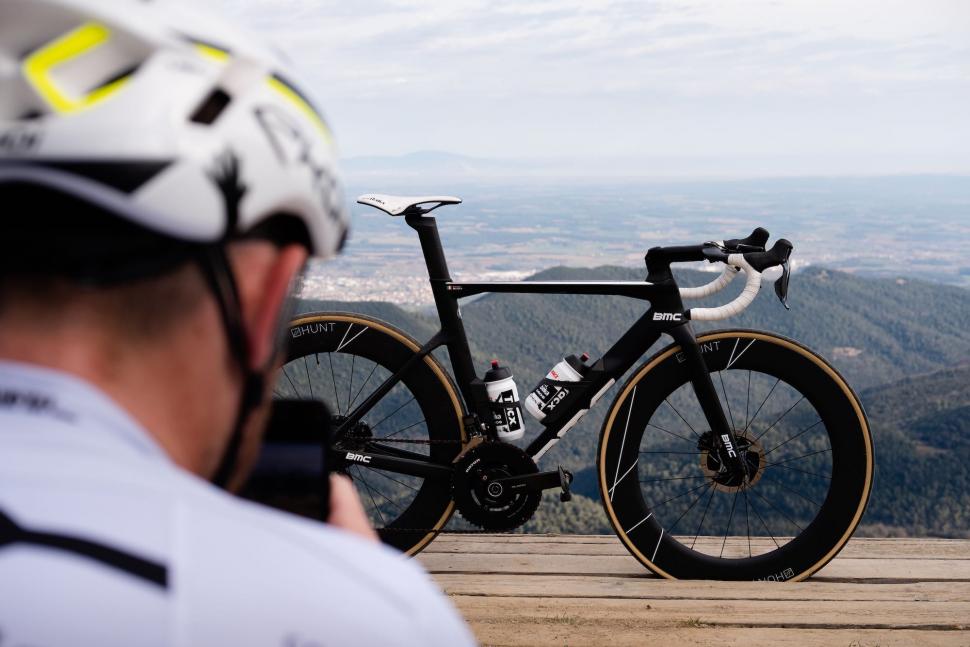 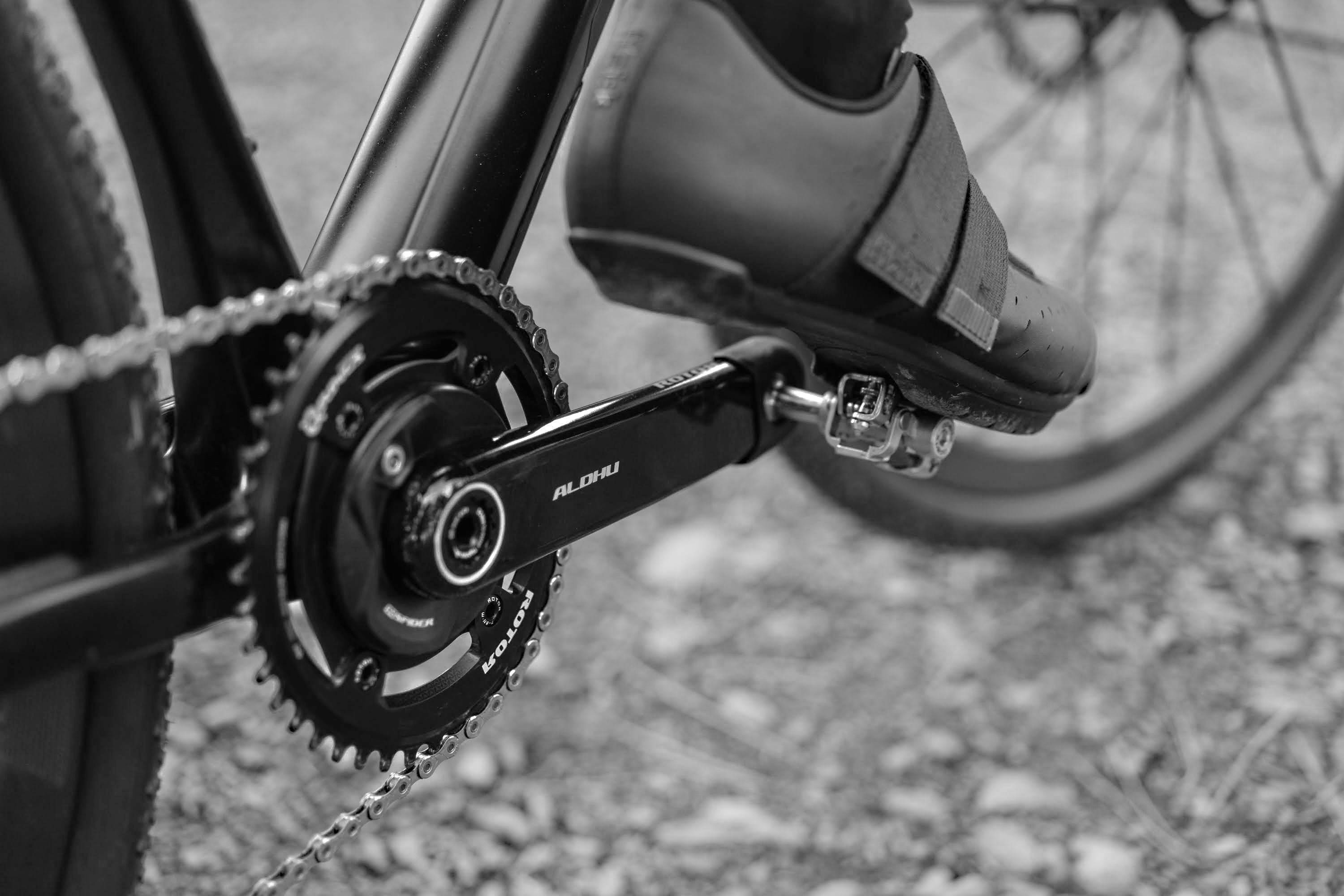 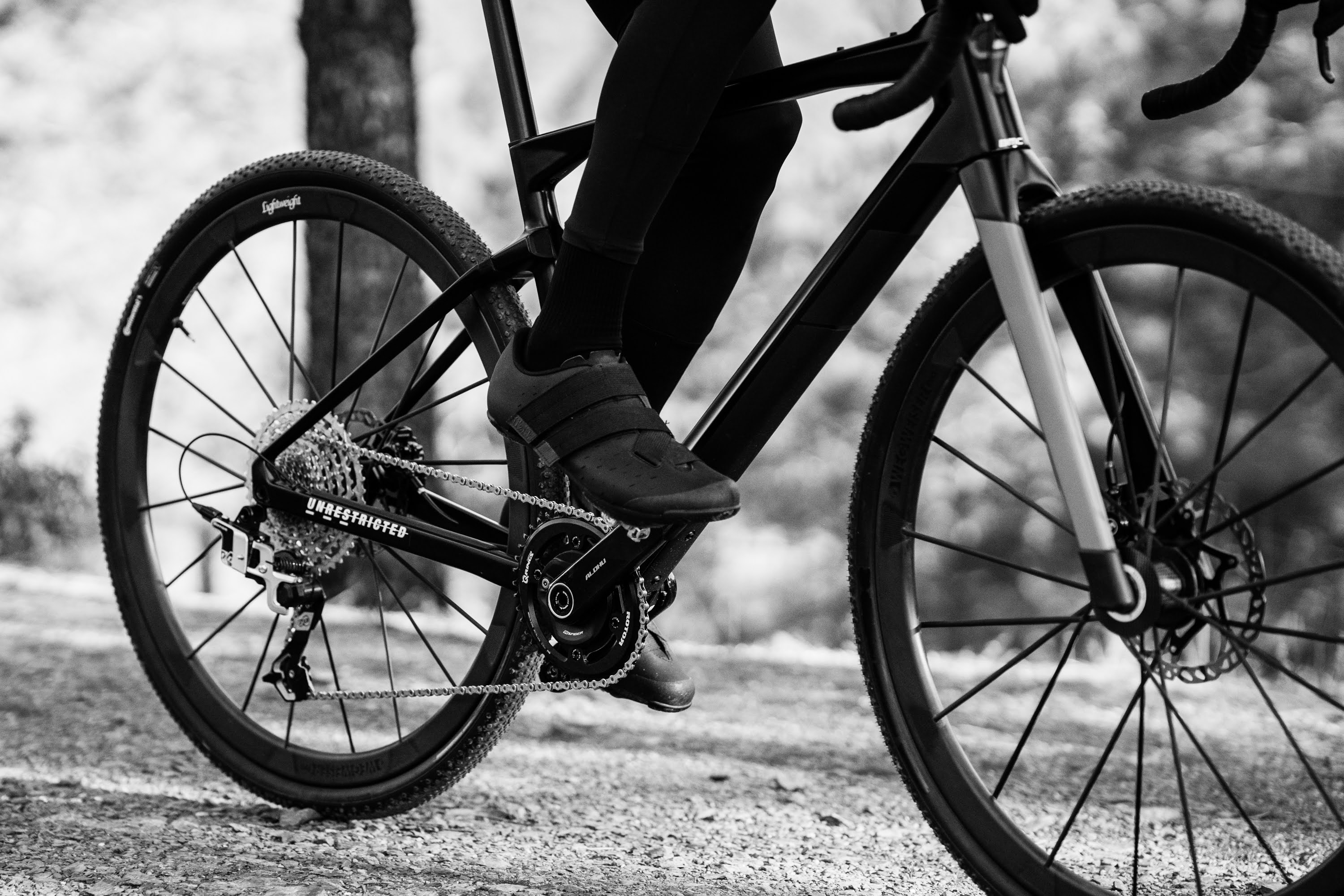 BikeRumor! - The all-new Rotor ALDHU® Carbon comes in at just 260g for the arms, and the rest of the kit doesn’t add much more… Read more 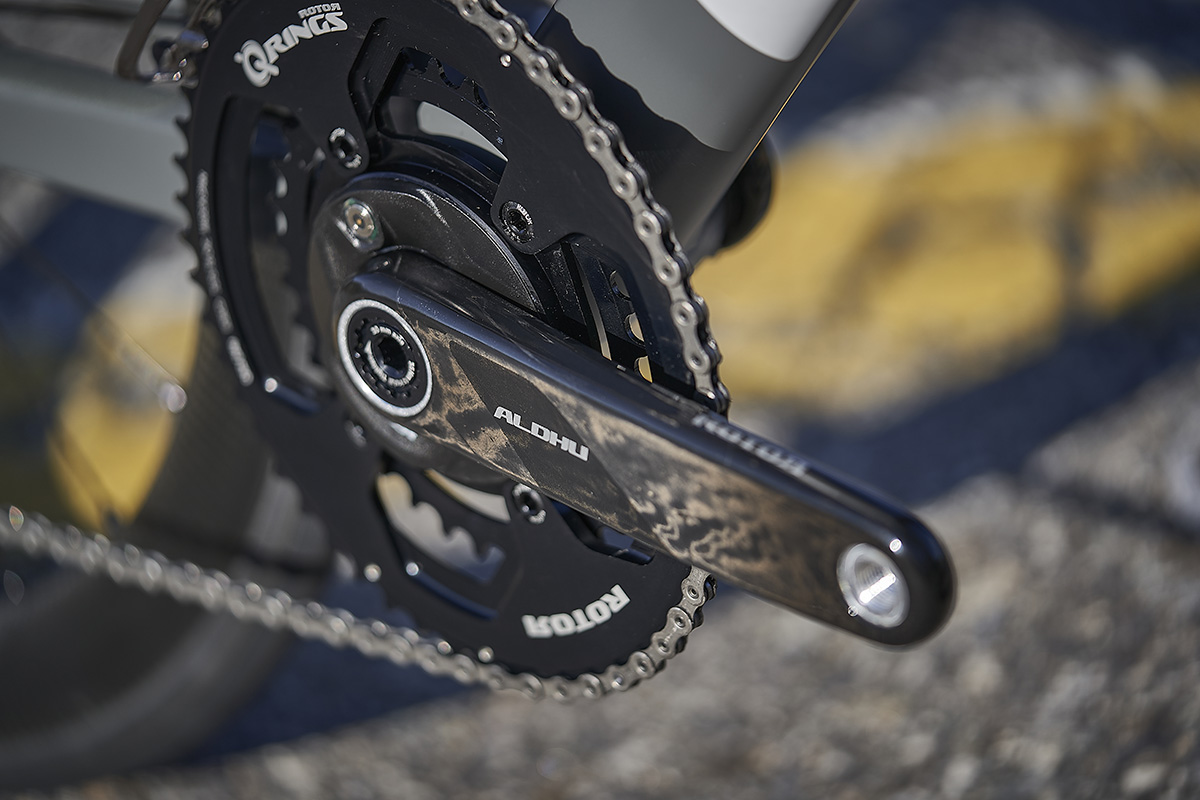 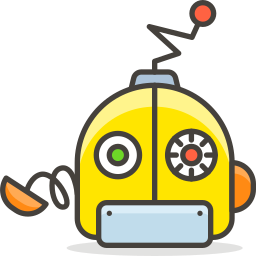 SORRY, I can't find anything to show you here. 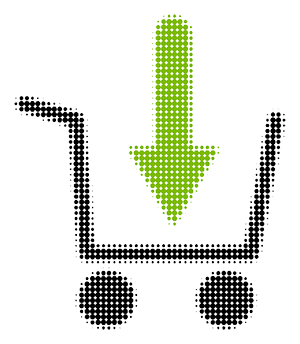